Clash Of The Celestials (The Red Rover Book 2) by C.E. Whitaker III 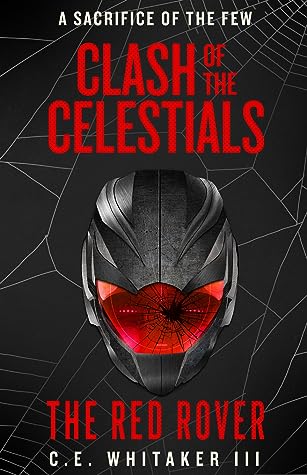 Clash of the Celestials is the second YA scifi book in the Red Rover series that was sent to me by the author. Two years ago, the teens on the Red Rover became the last surviving members of the human race after the Galicia star system was destroyed. Their resources have fallen extremely low and they tempt a landing on a new planet to find a new energy source, food, and water. Not only did the teens discover all of the above- they are also drawn into a war.

I liked the introduction of new species and the expansion of their world. How the teens were able to drastically impact the worlds around them were fascinating to me. Clash of the Celestials definitely grew in intensity and the climactic huge fight at the end was spectacular and vivid! The spider monsters were very creepy, if I do say so myself.

I enjoyed the growth in maturity of the characters and their desire to become leaders, not followers. Their determination, teamwork, and heroism is a huge step up from the previous book. The reasons behind Andrew's parent's deaths were explored, and I liked watching his emotional breakdowns that provided a surge of realism.

Click here to read my review of the previous book in this series, The Red Rover: Origins