After: Nineteen Stories of Apocalypse and Dystopia by Ellen Datlow and Terri Windling 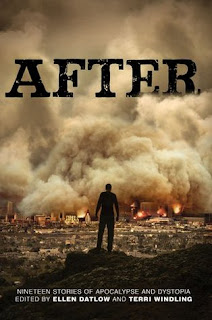 After: Nineteen Stories of Apocalypse and Dystopia is a collection of 19 young adult dystopian short stories. There are a lot of ways the world could end, and a lot of ways to lead up to that. 19 authors had their own way of thinking about it, and wrote these stories about what it would be like.

I feel like not all of them are actually dystopian, or rather, not explained that way. In some of them, it is not clear at all what the dilemma is. For example, in You Won’t Feel a Thing by Garth Nix, it is explained that a boy has a toothache and then turns into a ferret, however there was no reasoning behind how it happened, or its effect. Some of the short stories were harder reading levels than others. There were a couple that I had to skip as they were so hard for me to understand, while at the same time there were some that were very easy. For example, in Visiting Nelson by Katherine Langrish, I had no idea what was going on.


At the same time, there were four stories I really liked. One of them is Rust With Wings by Steven Gould. There are these bugs that eat and destroy metal, and it causes a lot of problems for the people who have metal fillings on their teeth, or artificial limbs, as well as cars, keys, phones, belts, and other things of that nature. It had a clear beginning, middle and end, and I could understand the problem and the solution. I also liked The Great Game at the End of the World by Matthew Kressel. Honestly, it kind of scared me a bit, but I liked the variety of conflicts and how they were developed.

I think it was worth reading, but be prepared that if you read it, expect there to be some ones you like and some ones you don't. 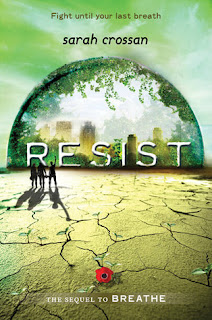 Resist is the sequel to the young adult dystopian book Breathe. Alina, Bea and Quinn are in a bad situation. Quinn started a civil war, Alina lost her home and what she cared about, and Bea lost her family. To top things off, the pod's Special Forces are looking for Quinn. When the three get separated, they must fight for what they started alone, and decide where their loyalties are.

Breathe was better than Resist, but it still has its perks. I liked that the three of them split up, and it showed more things that were happening elsewhere. I also liked Ronan, the new character. He was a bonus that added to the chain of events.

I enjoyed how Sequoia came into play. It was so different from the pod, and it was like another civilization with its own dystopia to deal with. The ending was a little chaotic when all the characters were together, but other than that the ending was good.

However, the plot was confusing to follow. With another perspective added in, it made for four separate stories to keep track of. I would have hoped for something more action filled.

I recommend that you read these two books!

Read my review of the first book, Breathe. 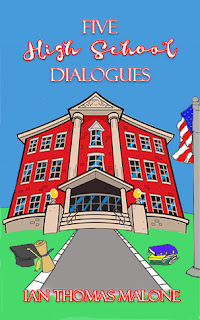 When Ian Thomas Malone contacted me to review his new YA realistic fiction book, Five High School Dialogues, I was excited to read this unique book. I received my free review copy of his e-book yesterday and could not put it down! This book is basically five short stories written as a script and will be released on February 26, 2016.

I like that Five High School Dialogues could help incoming high school students feel more relaxed about starting high school and know that there are staff members that can help. It could also inspire teachers to see other ways to interact with students. Overall, this engaging book is inspirational about how to handle certain situations, and teaches how to view things from a different perspective. I was impressed with how well I could personally relate to the group project situation.

I thought some parts were very eye-opening. For example, in dialogue one, the Chief says, "It’s not so much a matter of being expected to know everything. The simple problem is that by not knowing the answers to questions that your students ask, you can feel like your credibility is vulnerable." That never occurred to me before, as the book can help students also understand their teachers.

Some parts were funny as well. I found myself laughing out loud! My favorite passage of dialogue was the first one, as I felt it was the most insightful. The only part that I would change is to make the prom one a little shorter, as it took a while to get to the point. 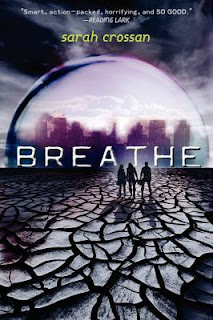 Breathe is a young adult dystopian book with a sequel. The oxygen levels in Earth drastically lowered after the government cut down a lot of trees to make room for farmland. Global warming just made matters worse for Earth. A company called Breathe figured out how to manufacture air and put the survivors in a glass dome. Other than that dome, the world has no air. If you argue with their ways, you are sent out to suffocate.

Alina is part of the resistance, but when a mission goes wrong she has to escape and go back to her group to help rescue Earth and bring back all the trees. Quinn is a Premium who never worried about air before. His father works very high up in Breathe. Bea is Quinn's best friend, and only worries about having enough air. The three team up and leave the dome with two days of air. In these couple days, they will learn all the secrets about Breathe, and change the world.

I loved this unique plot because I have never read a book where the world has no oxygen. The book alternates points of view between the three of them in each chapter. I like it when books do that because you can get more of the characters thoughts and feelings than you would normally. Sometimes when authors do this it makes the book confusing, but I could easily tell who was talking and follow along.

The personalities of the characters complimented each other perfectly. Alina had strong beliefs and was very loyal. She wanted everyone to be happy. She was the strongest. Bea was kind and passionate, and thought things through a little bit more, which saved them from bad situations. Quinn was stuck in a love triangle with Bea and Alina, which added a lot to the story.

I highly recommend you read this book, and I cannot wait to read the sequel, Resist! 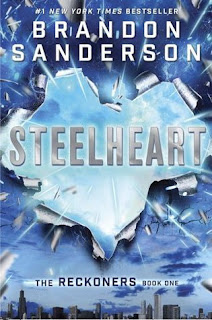 Steelheart is the first book in the fantasy and sci-fi YA trilogy The Reckoners. 12 years ago, Calamity appeared in the sky, a bright red star or comet. It gave regular people superpowers, and they were called Epics. 10 years ago, when David was 8 years old, the ruler Steelheart ended his father's life. Ever since, David has kept many notes and journals on every Epic he has ever seen, recording their weaknesses and everything about them. Armed with this information, David is ready for revenge on Steelheart and has a plan, but he can't do it alone.

The only people who fight Epics are the Reckoners, a group that wants justice. They are not exactly accepting applications, but David has information that nobody has. Along with weaknesses of almost every Epic there is, David has seen Steelheart (who is supposed to be invincible) bleed.

Steelheart is pretty much Superman as a villain. They have the same powers, however the weakness is different. He made an interesting villain, and his weakness was very surprising when they finally figured it out.

I loved David. He was so determined and never gave up. He is such a funny character, and even with all the anger in him, he still gets a laugh here and there. He walked into danger instead of away from it, even more so than the Reckoners. David is obsessed with metaphors, almost as much as he is with Steelheart. His metaphors are so unpredictable and hilarious. My favorite was "like a brick made of porridge." It's something you would never think of, but with David's funny explanation, it made sense. While this could be used for comedy purposes, it actually helped explain how the character felt.

I highly recommend you read this book. I cannot wait to read the next book in the series, Firefight.