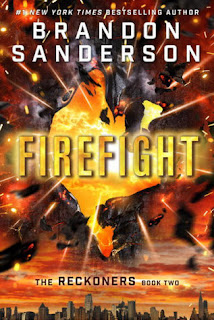 Firefight is the second book in the fantasy and sci-fi YA trilogy The Reckoners. 12 years ago, Calamity appeared in the sky, a bright red star or comet. It gave regular people superpowers, and they were called Epics. When they use their powers, their personality changes for the worse. David has a fascination with Epics, and has kept notes and journals about each one, landing him a position with The Reckoners.

Ending Steelheart was supposed to make David feel better. Instead it made him feel worse, and have more questions than ever. On top of that, Megan left him heartbroken, and David is determined to find her, and prove that not all Epics have to be bad.


One thing I liked was that the places they went to are actually places that exist today, but they called them different names. For example, Babylar, which we know today as Manhattan.

I really liked that David still used crazy metaphors. For example, a potato in a minefield. I also liked the self-conflict with David. He was sworn to ending Epics, but Megan has changed that, and he finds himself challenging his beliefs which becomes an issue when he has to end more Epics.

I highly recommend that you read this book and this series!

Read my review of the first book in this trilogy, Steelheart. 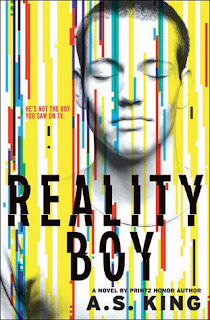 When Gerald was five, his mom had the TV show Network Nanny come into their house and try to fix their family, especially Gerald, who his mother called retarded all the time. She always defended Tasha (his older sister) who does things way worse than he would ever do. The whole world saw his family, and they never forgot about him. The thing is, the show only showed a little bit of what really happened, and made Gerald look like the bad one.

It doesn't help that 12 years later, Lisi (his other sister) is away at college, and Tasha lives in the basement, being very loud in her life. Gerald is close to his dad, but his mom is a different story. Everyone is scared when he will lose control and his anger will take over, and he feels very close to doing that.

Reality Boy had an angry tone, but it faded through the book a little bit. I really liked this book because he was angry for a reason, not just angry to be angry. I think he deserved to be angry about Network Nanny, however I think sometimes he went a little far. Hannah was a complex character. I liked that she did not really care about Gerald's history on the show, but she was really hard to figure out.

I really liked the ending. I think that it wrapped things up really nicely and even though it was not happily ever after, it was pretty close to it! Although the reading level is middle grade, due to some of the language used and some of the content, I feel this book is young adult. 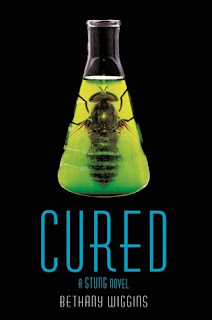 Cured is the sequel to the YA dystopian book Stung. Since Jacqui and her mother were not allowed to live inside the wall, she has lived most of her life as a boy named Jack. A few years ago, her brother Dean left with Fiona's mother to help her find somewhere to live, but never came back. When she hears the news of a cure, she decides to figure out what happened to them. She runs away to Fiona and her fiance Bowen for help for finding out where they are, and they set out to find them. Along the way they must fight to keep the cure out of the wrong hands and fix their shattered world.


In Stung, Jacqui was briefly featured in the first few chapters. I was happily surprised to see her again in Cured, this time as the main protagonist. I really liked her determination and medical skills, which really came in handy. I also liked that there was a lot of action and not a lot of sitting around and doing nothing.

The one thing I do not get and do not like is the fact that she told them she was 12, when in reality she is near 16. I also did not like that almost half the book was flashbacks to her previous years in life. Doing flashbacks is fine, but most of the time they were a couple pages, and I found myself wanting to skip them to just get to the story.

I recommend that you read the two books in this series!

Read my review of the first book, Stung. 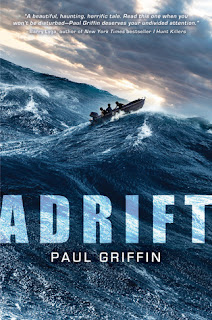 Adrift is a realistic fiction book about being stranded in the ocean. The whole thing was started by a Klondike Bar. That simple, just selling slightly melted Klondike Bars on a hot day in Montauk. Well, selling the bar led to meeting Driana, which led to going to a party with the end result of brothers Matt and John getting stranded in sea with JoJo, Stef and Driana.

On the boat, Matt and John discover that a tragic event that happened a long time ago still has harsh emotions and tensions rise. Huge mistakes can happen when you are tired and not thinking clearly. Not everyone comes back, and the ones that do are forever changed.

One aspect of Adrift that I really liked is that every couple of chapters there would be a little letter or email about the police trying to find them and their investigation, which I think was a really cool idea.

I also enjoyed the sequence of events. Everything that happened led to something else happening. That was helpful in keeping the story relevant and not going off topic, like some stories do. Another thing is that there were stories within the story. While in the boat, the feelings between Matt and John are shown through dialogue between the boys and Diana, which was helpful to understand without further narration. 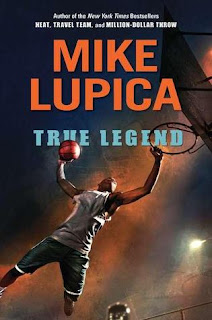 True Legend is an inspirational realistic fiction book about being a team player, on the court and in life. Drew Robinson is a famous basketball player at his high school. His teammates call him True, for true talent. He gets passing grades he doesn't deserve so he can play, and his mom's job was given to her because of his skills. Pretty soon, the whole "true" thing starts to go to his head, and gets him in trouble, in school and out.

One night on the playground basketball court, Drew sees someone playing who is amazing. He turns out to be Urban Donald Sellers, a famous basketball player. He is a guy who knows about being a legend and the game of basketball. He teaches Drew how to get back on track, and what it really means to be a legend.

One thing I really liked was that the book taught about basketball terms without flat out saying them. The words used would imply what it meant very easily, which is good for someone who is not familiar with all the terms. I also liked that the book is more than just basketball. True Legend teaches about how to handle jealousy and being a team player and the consequences of not being one.

Drew was a very interesting character. He got easily distracted from real life and often lost himself. Drew did not know who he was, and he let everyone take care of him, so he didn't really take care of himself. Donald helped him come out of his shell, and I really liked to watch how Drew changed and progressed, good and bad, throughout the story.