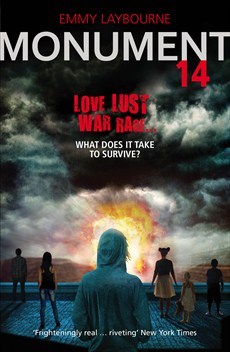 Monument 14 is the first book in a YA dystopian trilogy. One day in 2024, a volcano erupts, which triggers a massive tsunami, which triggers an earthquake. In this specific town, the earthquake breaches a chemical plant, which creates a gas leak, making the air toxic. Under these circumstances, a school bus of kids becomes stranded in a superstore.

One of my pet peeves with this book is the fact that it is set in 2024. There is nothing futuristic, nothing that signifies anything out of the normal. We see toxic chemical poisoning and natural disasters all the time. The plot was also very anticlimactic. There was no escalation or surprise. Yes, there were lots of very good ideas but they weren't extreme enough for my liking.

It seemed too easy to survive. Just live in a huge store with food and water for about a year and babysit. I was waiting and waiting for something to happen but nothing did. Needless to say, this book was boring, except for the occasional violence, romance, and drugs that are conveniently siting in the pharmacy, which was useless. I think many borderline "mature" scenes were just added for fun and there was no use or purpose whatsoever for most of the content of the book to begin with.

In general there wasn't really anything all that special or different. Apart from the concept itself, the characters were quite bland. Dean is just an average boy, and really isn't very good at anything. Yes, there was a wide range in personality of all the characters, but there was nothing solid or emotional to grow attached to. I didn't care for the characters, and therefore, the story.

I might continue reading the series just to find out what happens, but I do not recommend this book. 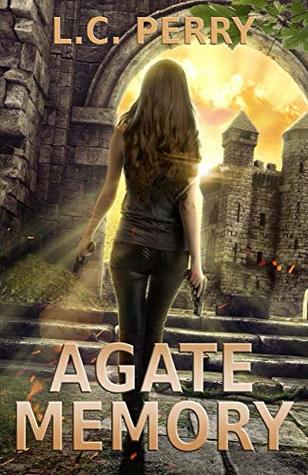 Agate Memory is the third YA dystopian book in the Bronze Rebellion series. This book was sent to me by the author. Princess Irene joined the rebellion to end slavery, oppression, and slaughters ordered by her corrupt parents. She's fought in battles, but now she must take on her toughest challenge yet; taking over the castle from the inside. She'll return to her home and take over, using her power as future queen to free slaves and change the world. She soon finds that nothing is more powerful than secrecy, and her family's past might hold the key to topple the kingdom. Meanwhile, Ebony and the other rebels fight to the death, and Ebony will have to reveal her biggest secret to save her life.

I love how Irene blossomed into the queen we all knew she could be. She is ready to take over her kingdom and fix all of her parent's mistakes. She's ready to show her scars and use them to her advantage. I love how she walked each step with confidence and authority. The pressure she had to be carrying was enormous but not once did she crumble. I loved watching her take action and help free her people. She might be one of my favorite heroines of all time, especially considering her tremendous amount of growth in these past few books. Her persistence and morality is amazing- this world needs leaders like her.

This is by far the most dramatic book in the series so far, and I loved every page! Just as how I adored the scenes of brute strength, smug, and confidence, the fragile scenes of screaming and crying were breathtaking as well; these were so well written that I could feel her every cry piercing my heart, however I am also very proud. It was mind blowing to see how much strength and power radiated from Irene's body and how she could command even her own parents. I am impressed at the author's creativity, not only to build this world and the characters, but of the revelations she created towards the end of the book. They were bizarre enough to be believed, and yet catastrophic. I am very excited to see where the next book goes with the most recent confession.

I highly recommend this book and I cannot wait to read the next and final book in the series, Obsidian Fragrance!

Read my review of the previous book in this series, Emerald Dream.

The Taking by Kimberly Derting 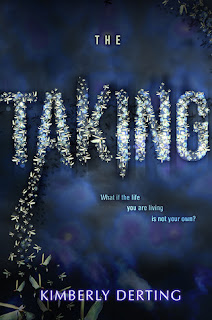 The Taking is the first book in a YA dystopian trilogy about a girl who disappears for five years and emerges with special powers. Kyra awakens five years later next to a dumpster with no recollection of where she's been. To make things stranger, she hasn't aged a day, and has strange abilities. The last thing she remembers is being surrounded by fireflies and a bright light. It turns out that alien fireflies are the least Kyra has to worry about.

Kyra is not a heroine or a character that I would ever look up to. For one thing, her attitude is disrespectful and egotistical. She doesn't care about anybody, and doesn't even stop to care for herself, either. She's angry that the world went on without her and that her friends grew up. It's been five years! Right off the bat, there is another thing that really makes me angry- there's no freaking out. Where's the screaming? Crying? There is no emotion or huge anxiety- just a selfish, "whatever" attitude.

The only dramatic scenes really just revolved around Tyler, who was supposed to be 12 and a little kid. I also understand that maybe he secretly liked her all those years ago and was excited of the prospect of being with her, but anyone with a little common sense would freak that this girl disappeared for five years. Seriously, he wasn't the least bit concerned about aliens? The bottom line is that The Taking featured a character that I have no interest in with a plot that is too hard to believe. I was so excited to read this book, and it was a huge disappointment.

I do not recommend this book, and I will not be reading the rest of the series.

Flashback (Keeper of the Lost Cities Book 7) by Shannon Messenger 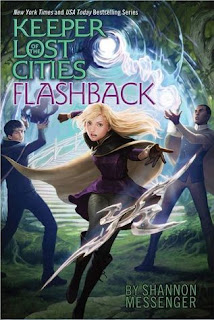 Flashback is the seventh book in my favorite series ever, Keeper of the Lost Cities. Sophie's adventures and troubles are far from over, as the Neverseen proves to a bigger threat than ever. Healing from her previous endeavors, Sophie and her friends will learn how to finally fight back against the impossible- but the truth of the "Vacker Legacy" is far more shocking than what anyone could have believed.

I must admit that I don't love this one as much as I loved the past six books. The major breakthroughs and climatic events were almost too mind-blowing, and the pacing was strange to say the least. For 850 pages, it could have been structured better, and there were parts that could have been taken out as well as ones that I wish were expanded upon.

However, that is not to say that I did not love this book and will re-read it over 100 times just like all the other books in the series. Flashback was angled and structured in a heavy angle toward character development and is more of a story about the setting than it is about Sophie and her struggles.


I love the large strides it took in world-development, as the map of their universe expanded. Quite frankly, the best way I can describe this book is like the filling of an Oreo; the soft, filling, part rather than the violent, hard action cookie. The filling is sweet and full of love and support and character development. In some ways Flashback was a relief from the excitement in the previous book, like Messenger took a break from the suspense and excitement and focused on developing a "filling" of the other characters and their world, so to speak. Essentially, Flashback simply expanded on previous story lines, which is probably leading into something huge in the next book.

Overall, I felt that Flashback was a very interesting addition and I still enjoyed the book (as well the result of the love triangle and who Sophie will end up with!!!); however I had some issues and it could have been better than it ended up being. Don't get me wrong- I still completely adore this series and this book, however it felt short of my very high expectations.

Read my review of the previous book in this series, Nightfall.