The Viperob Files by Alister Hodge 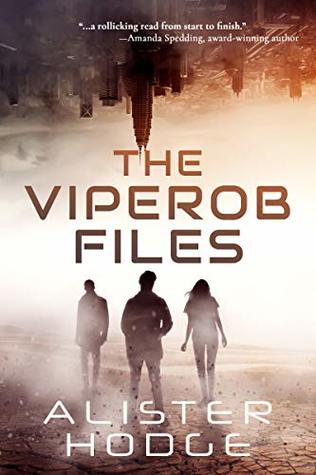 The Viperob Files is a YA dystopian book about a group of teens who discover a conspiracy and race to prevent it. This book was sent to me by the author. Fast forward to an island off the coast of Australia in 2194. The misuse of fossil fuels led to a global warming catastrophe with sea level rise over 30 meters and ocean acidity so high that trilobites proliferate. Ethan, Jaego, and Gwen live on an island fiercely controlled by the Viperob company. Its citizens are nothing more than slaves. When the three teens come across a secret project where the Viperob are planning to invade the country, they must leave the island and get to the mainland to warn the Australian military before it's too late.

The cruelties of the Viperob honestly remind me of the BEIC in India or King Leopold II of Belgium and what he did to the Congolese. Lieutenant Harris disgusts me and angers me. He is extremely violent and has no empathy for others. He is a manifestation of humanity at its worst- and he's just a mindless robot following the orders of someone even crueler. I don't think I've been this angry reading a book in a long time. I love it!! Creating powerful protagonists and making the reader care about their success is just as important as creating terrorizing antagonists and making the reader hope for them to fail. I did!

I am amazed at the courage and bravery of these three teens. My mouth dropped in awe at some of the major close calls. These kids are surviving by the skin of their teeth. The Viperob Files was absolutely thrilling and terrifyingly realistic. Having the trilobites come back to life was a humorous twist that I, being the science nerd that I am, found completely fascinating!

Hodge has told me that he is in the process of writing the sequel. I cannot wait to find out what happens next! I highly recommend this book!